Grease Fires on a Pellet Grill 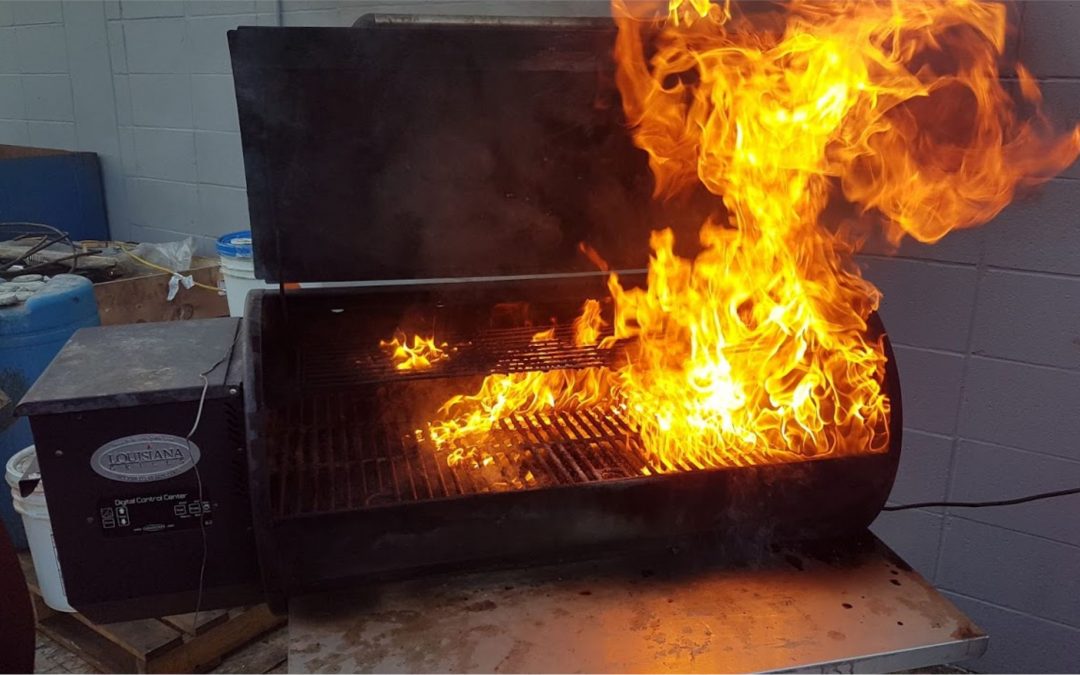 Pellet grilling is one of the most satisfying ways to cook food. The flavors or better because of the added smoke, the tenderness is better because of the care and time you put into prepping the meat and the flavors are better because of the high fat content of most of the foods you cook on there. With fat comes flavor but also with fat comes danger. The grease bucket on a pellet grill is there for a reason. When you cook on a pellet grill, the grease that drips down and flows into the bucket is a major fire hazard. If you do not clean your pellet grill regularly you can potentially have a grease fire on your grill. If you are reading this, it is likely too late, but hopefully you can use these tricks to prevent damage to your grill or items around your grill if it happens again.

What should you do if you have a grease fire?

The best thing to do is make sure that the grill is far enough away from houses, buildings, over hangs or other flammable material and then leave the lid open to let the fire burn down. If you close the lid on your smoker you can choke out the fire a little bit, but then you risk damaging the thermometer inside your smoker. You will also not likely be able to choke out the fire completely because of the multiple areas that the smoker can access fresh air (the chimney, the hopper, the door etc). It is best to leave the lid open.

Should you spray it with a fire extinguisher or pour water on it?

Never pour water on your grill. Especially when dealing with a grease fire, water will only make the fire worse by spreading out the grease. It is best to just let the fire burn down on its own, but if there are other flammable things around and you need to extinguish the fire quickly, then do what you have to do with either an extinguisher or some baking soda to extinguish the flames.

What causes a grease fire?

Grease fires are usually started by an accumulation of flammable residue left in the grease channels of the heat baffle or in the bottom of the smoker. Often these are ignited by a spike in temperature from turning the grill up high or by adding in a rush of fresh air by opening the lid too quickly.

Whose fault is it?

Even the most meticulously cleaned grills, sometimes have grease fires. So, do not blame yourself for the fire. The trick is not to blame anyone, but rather to handle the situation in the best way possible to not hurt yourself or damage any of your property. If you keep a clean grill in general, any grease fires that you do have will be very manageable. You can often just remove the meat from the grill and blow out any flames on the baffle then get right back to cooking.

My grill will not turn on after the grease fire, what is wrong?

The most common reason a grill will not turn on after a grease fire is that you could have burned out the thermometer on the inside of the grill. This is a safety feature that forces your grill to shut off if it senses too hot of a temperature, however if it gets so hot that it damages the thermometer then that safety feature will not work so as a fail safe you will not be able to turn the grill on. Luckily, new thermometers are not expensive, and they are usually easy to install. Refer to your owner’s manual to determine the correct model number of thermometer that you need and you should be back to grilling quickly. 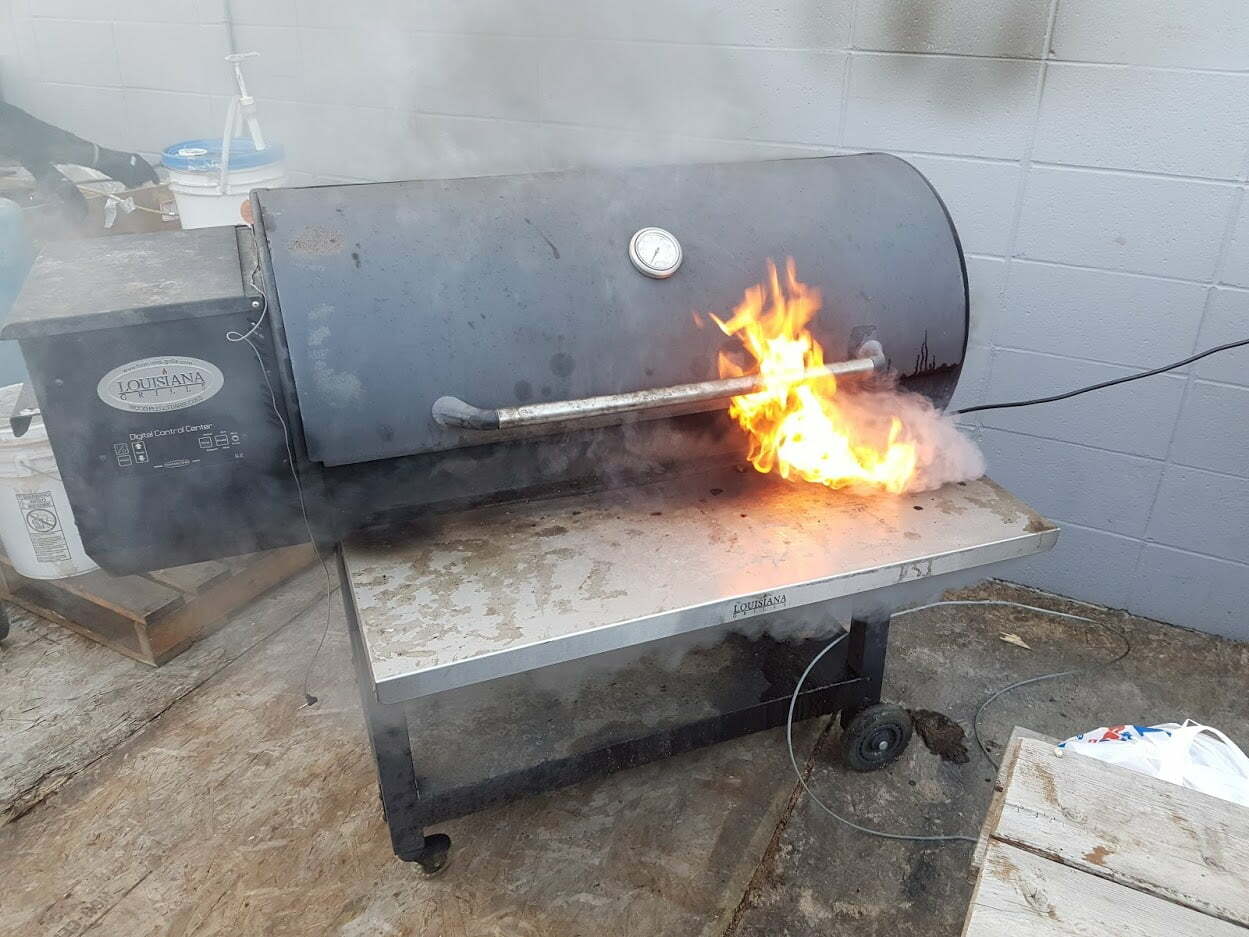 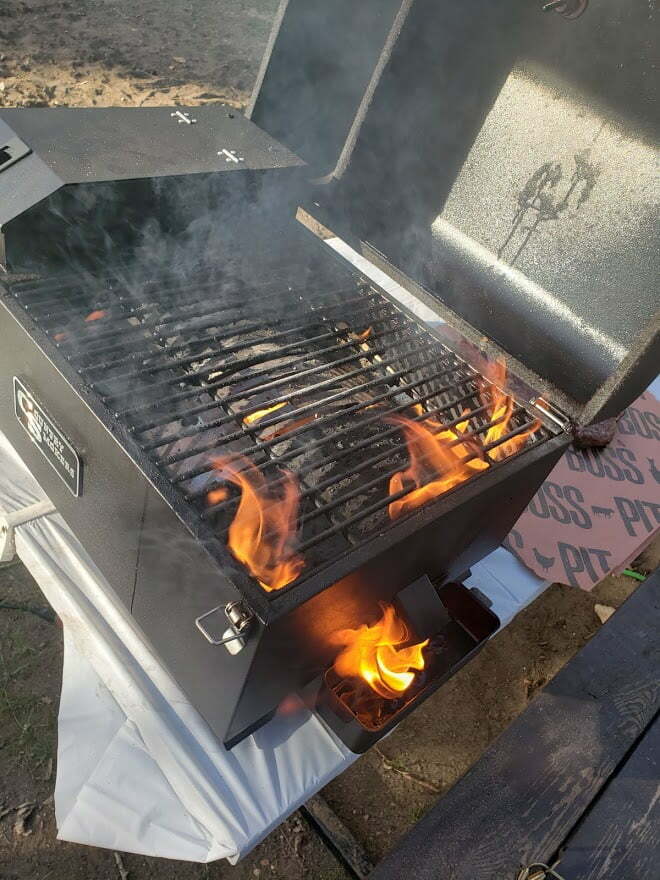