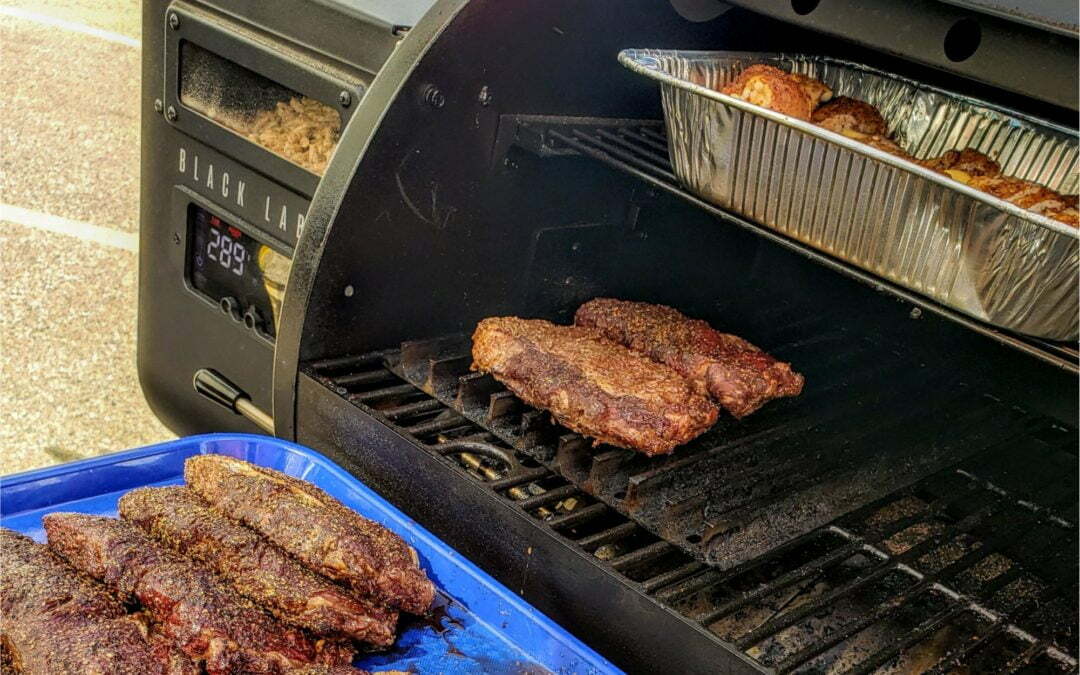 In 2016 was cooking in the Canadian Steak Championships and wanted to win, so I air freighted myself these new things called Grill Grates because I had seen on the internet that people who were using them were winning steak cookoffs all over the United states. These hard anodized aluminum interlocking panels give the most beautiful grill marks so I had to have them.  I’ll be honest though, after practising with them once, I was afraid I would melt them with the charcoal chimney I was using to cook the steaks, so I wimped out and didn’t end up using them…. spoiler alert, I would not have melted them so I could have used them. Aluminum melts at 1125 degrees F and most charcoal will top out around 800 degrees or less.

When cooking steaks over fire, the fat drips down and catches fire and creates hot spots on the grill or maybe even a grease fire.  One of the coolest features of the grill grates is the valleys between the grills that create better air flow, catch the dripping grease and vaporize it but more importantly block the flames and distribute the heat more evenly across the cooking surface.

Grilled burgers are awesome, but smash burgers are even better.  The new Grill Grate griddle attachment interlocks with your existing grill grates and allows you to have a flat even cooking surface on your grill.  You can cook bacon and eggs on your bbq with these unique griddle surfaces.  It works the same way and is made of the same materials as the grill grates themselves, but without the raised grills and no holes, these griddles are a definite must for anyone that wants a griddle for less money and less space on your deck than the blackstone or pitboss stand alone griddles.