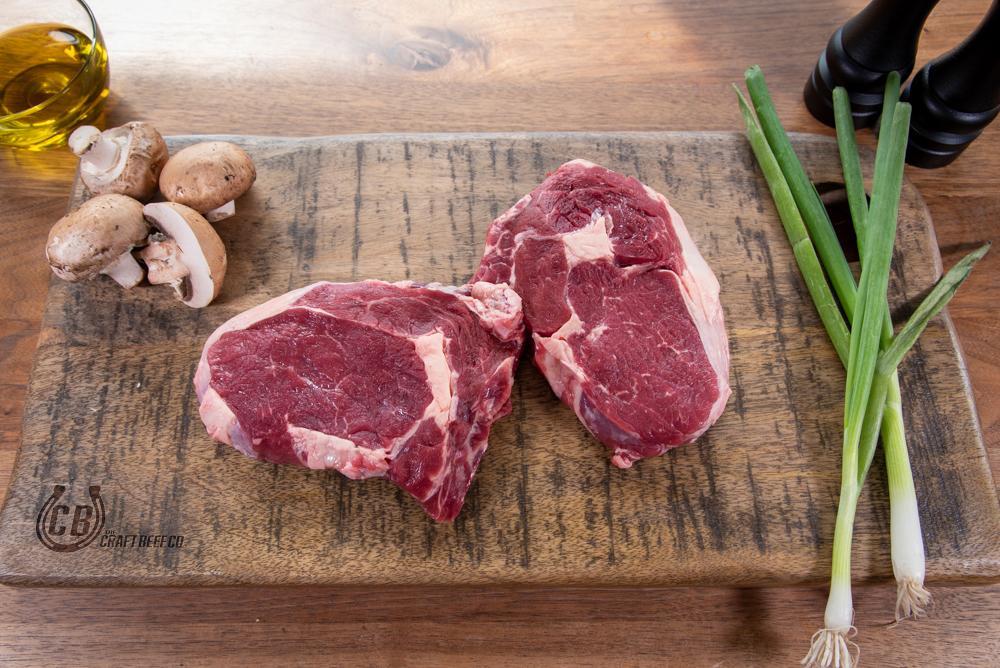 All cuts of steak come from the same animal, but they are not all created equal.  So how do you select which cut of steak to make?  It can come down to budget, fat content, flavour, tenderness, and availability.  All of these will have an impact on what you are going to cook.  Here is a rundown giving you a couple of tips on where each steak variety should fall on each of those scales.

Ribeye is the king of steaks where I come from.  Ribeye also goes by the name prime rib depending on how thick it is or how it is cooked, but it all comes from the same part of the cow.  This is the loin that is attached to the ribs.  It is definitely the fattiest portion of the popular cuts of steak.  When selecting a ribeye I usually look for a steak that is at least 1 inch thick and has a large ‘cap’ on the outside edge, this part of the ribeye also called the ‘spinalis’ is the most flavourful portion of the steak and usually the most tender as well.

Striploin, or New York Striploin as it is called because they are often shaped like Manhattan are a very popular steak.  These steaks are the long side of what you get when you order a porterhouse steak or a t-bone steak as well. Depending on how this steak is butchered, it usually has a fat cap running down one side and then the other side has no fat, some butchers though will remove the whole fat cap, although I like a little to be left on.  This steak is wildly flavourful and only slightly less fatty than the ribeye.  This steak comes from a little father down the cow, opposite of where the belly is just past the ribs. You can’t go wrong with a perfectly cooked Striploin. 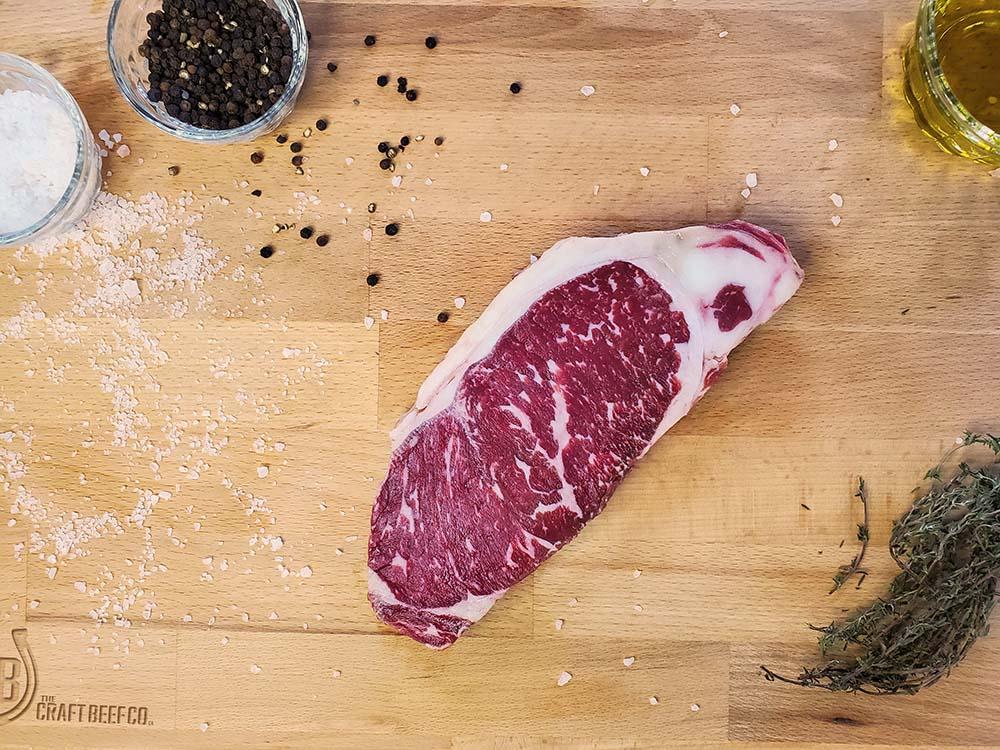 Tenderloin comes from the inside of the rib cage on a cow, exactly across the back bone from the striploin, so when you order a t-bone or a porterhouse steak, it’s the smaller of the 2 steaks on the bone.  This steak has very little fat content because of where it comes from on the cow.  However, also because of this it is extremely tender.  I have had tenderloin that I could easily cut with a fork.  Highly sought after by people who prefer smaller portions or less fatty meat, this cut is usually served as a smaller portion because of it’s diminutive diameter compared to other cuts of steak, a 12 oz tenderloin would be thicker than it is wide, so most servings of this cut of steak are 6-8 ounces. 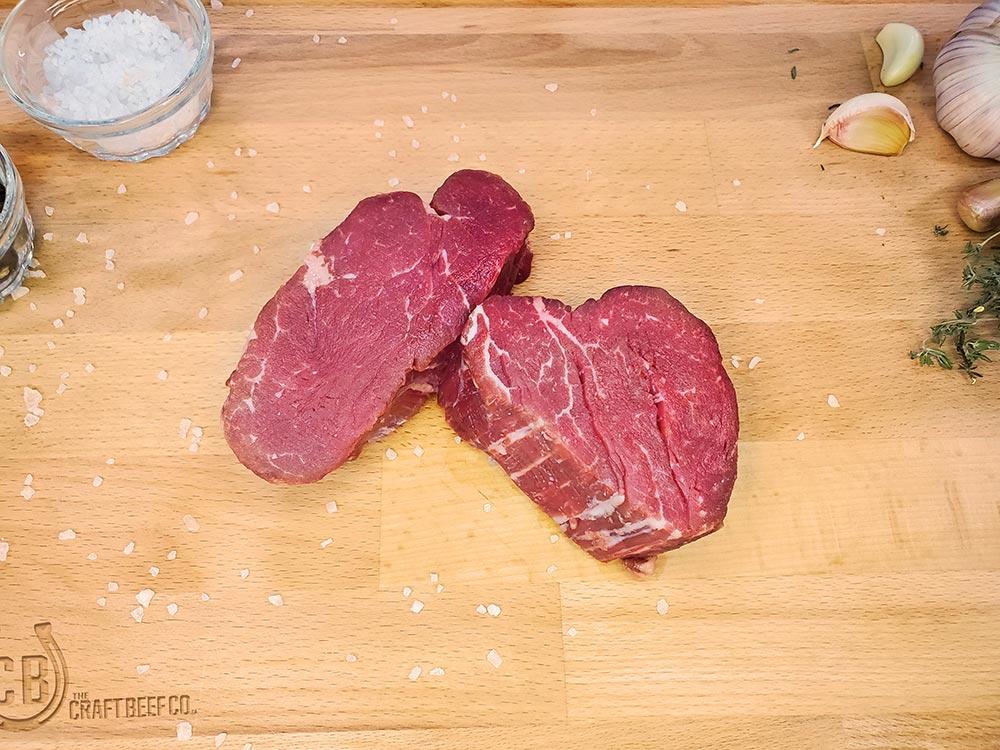 If you started at the front of the cow and worked your way back along the spine you would find the Ribeye first, then the Striploin and the tenderloin, after that would be the sirloin.  Right before the Round or Rump is where the sirloin is located.  This steak is very popular with places that serve steak sandwiches, pubs and bars that serve steak and people that want a good quality steak without paying top shelf pricing.  The main different between the sirloin and the more premium cuts is that this one has a little bit more connective tissue and not as much fat, so with that you can sometimes get a more firm steak with a little bit less flavour, but if you select the right sirloin steak, I’ve seen them go toe to toe with fantastic ribeye’s. 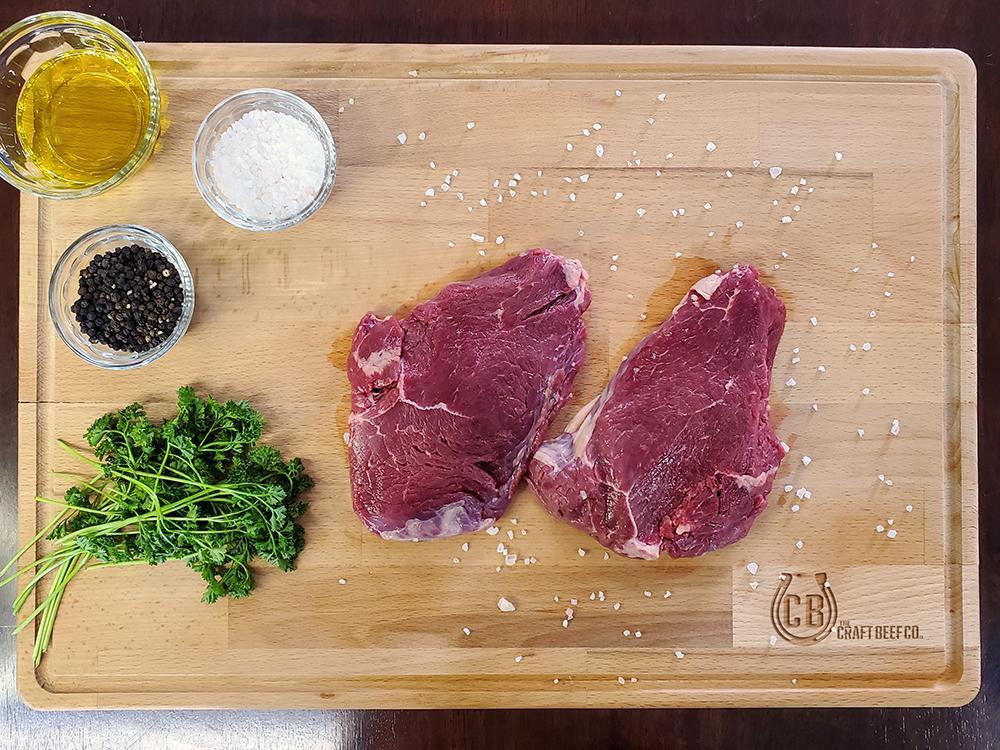 The first trick to understanding these steaks is knowing that they are the same steak. The T-bone is just the end of the loin where the porterhouse is also cut from.  The larger the steak the more likely it will be graded as a porterhouse, the smaller the steak the more likely it will be called a T-bone. As mentioned earlier, this steak is made up of the striploin on one side of the bone and the tenderloin on the other.  If you get a monster piece of tenderloin then you probably have a porterhouse, but if it’s much smaller than it’s likely called a T-bone. 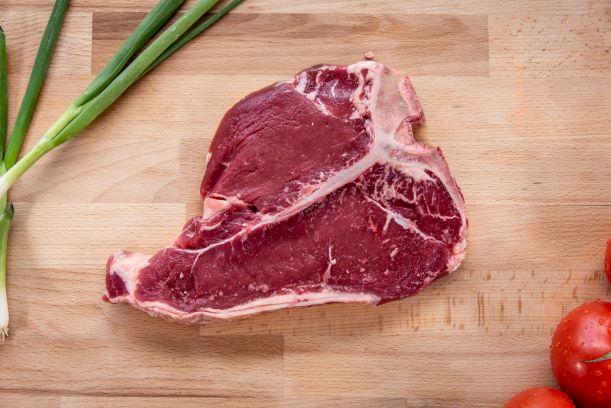 Skirt steak comes from the diaphragm of a cow, right down by the belly on top of the ribs.  This steak is usually cooked to medium rare and is extremely delicious due to it’s higher fat content.  Often used as a thinly sliced fajita meat, this steak is popular for use as a steak additive into other foods: think Steak Fajita, steak burrito, Philly cheese steak and more. 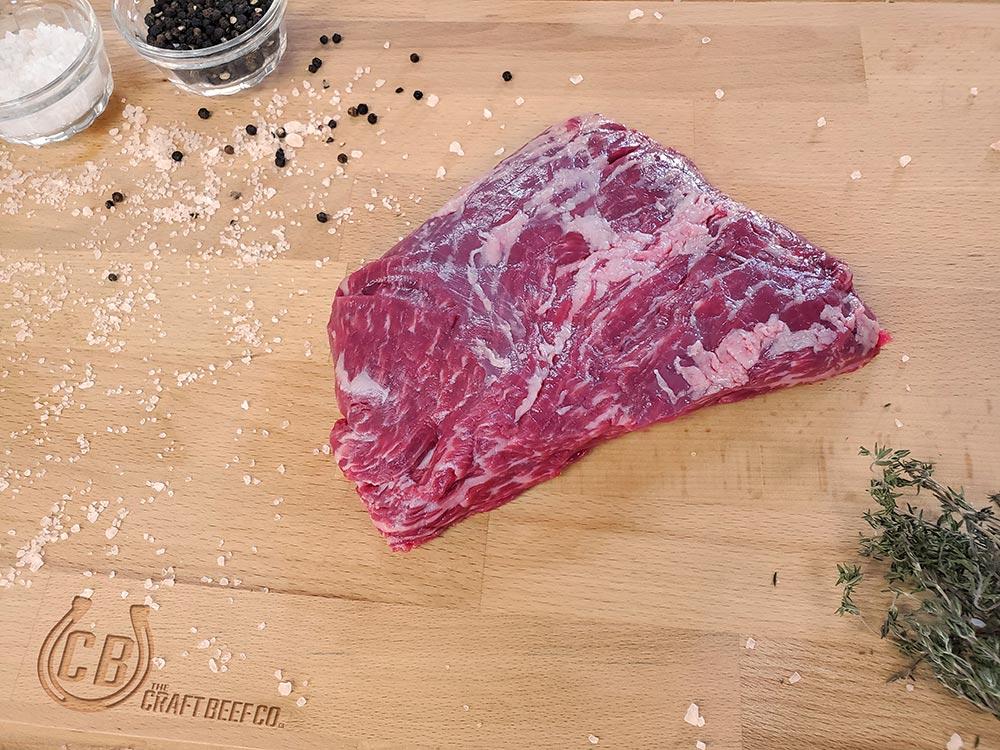 The flank steak is located along the belly of the cow but closer to the hind legs of the cow than the skirt steak.  This lean piece of meat has less fat than the skirt steak and is therefore a little bit less tender.  It is one of the most worked muscles on a cow due to its placement on the body in the abdomen. Often people will marinade a flank steak in an acidic or salty marinade to tenderize the meat ahead of cooking it and also to add some flavour. Beyond marinating this steak the best and easiest way to make it tender is to slice it thin and across the grain. 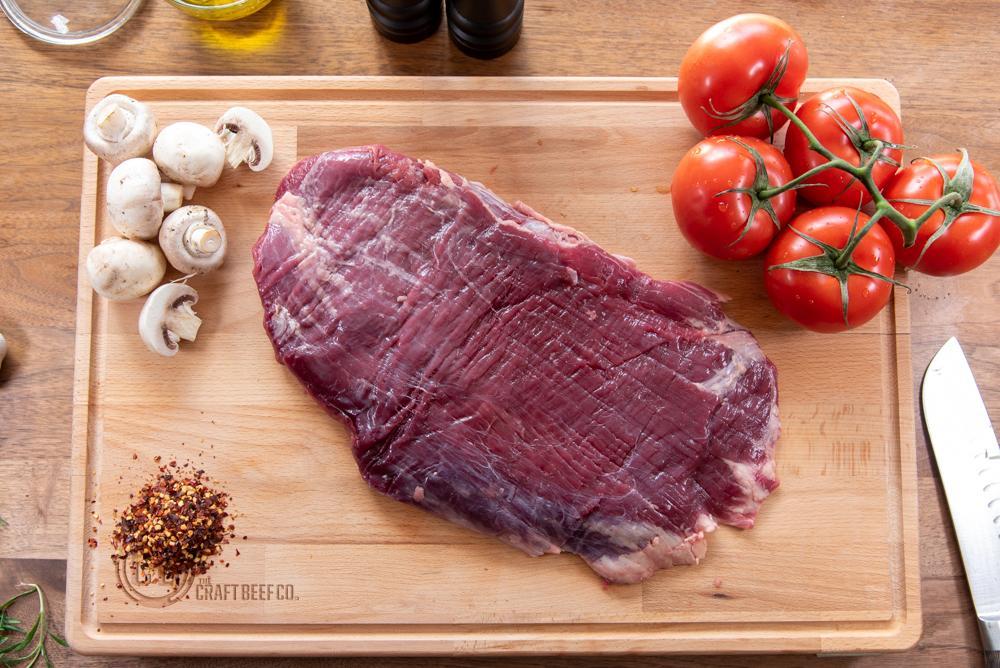 Every cow only has 1 hanger steak because it hangs on the diaphragm of the cow and does no work, it literally just hangs out for it’s whole life.  That is why it is so tender, but also why it is so rare, you only get 1 per cow.  This steak is attached to the same muscle that brings you the skirt steak that we read about earlier. The hanger steak does have a membrane that runs down the middle that is inedible, so if eaten properly it’s one of the best cuts of meat on the cow, but you have to know how to find it and how to avoid the membrane.

Also known as: butcher steak (because the butcher would keep it for themselves), Onglet 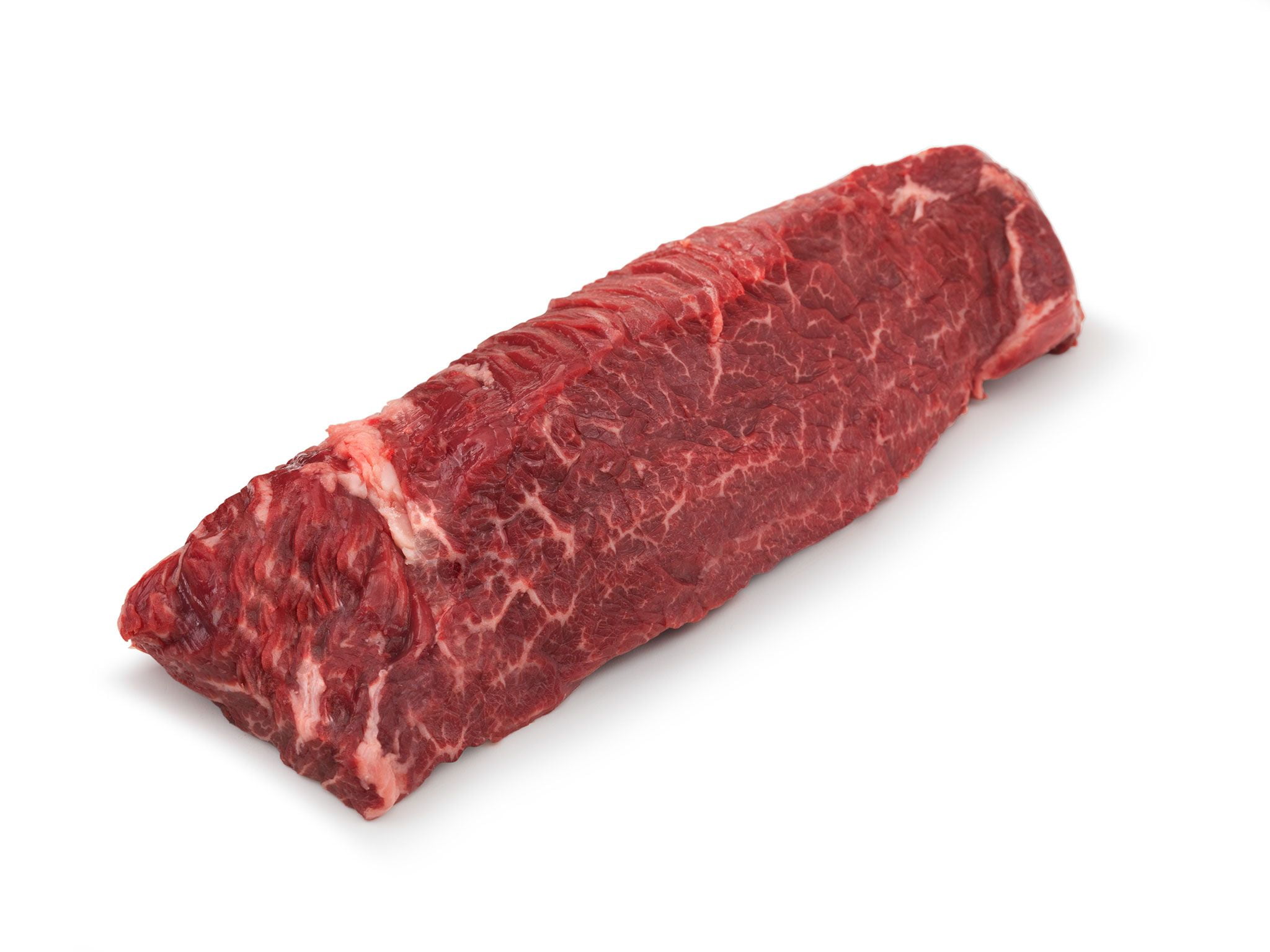 First off I believe tritip should be a roast, not a steak, but welcome to Alberta where every grocery store cuts them up into little “tritip steaks”.  When cut into steaks, the tritip often looks like little Sirloin steaks or Strip steaks depending on where on the muscle the cut came from.  If you are cooking tritip steaks, I recommend treating it like a Strip steak and reverse searing to medium rare. If you are cooking it whole, I would prepare it the same way but be away when you are slicing it that that grain changes direction half way through the meat, so you have to turn your knife to always be cutting across the grain.  Not to most tender cut of beef, but definitely one of the ‘beefiest’, the triptip has become very popular in BBQ circles because of it’s big beefy flavour, relative ease of cooking and the definitive chew that you get when biting into a perfectly cooked piece of triptip. 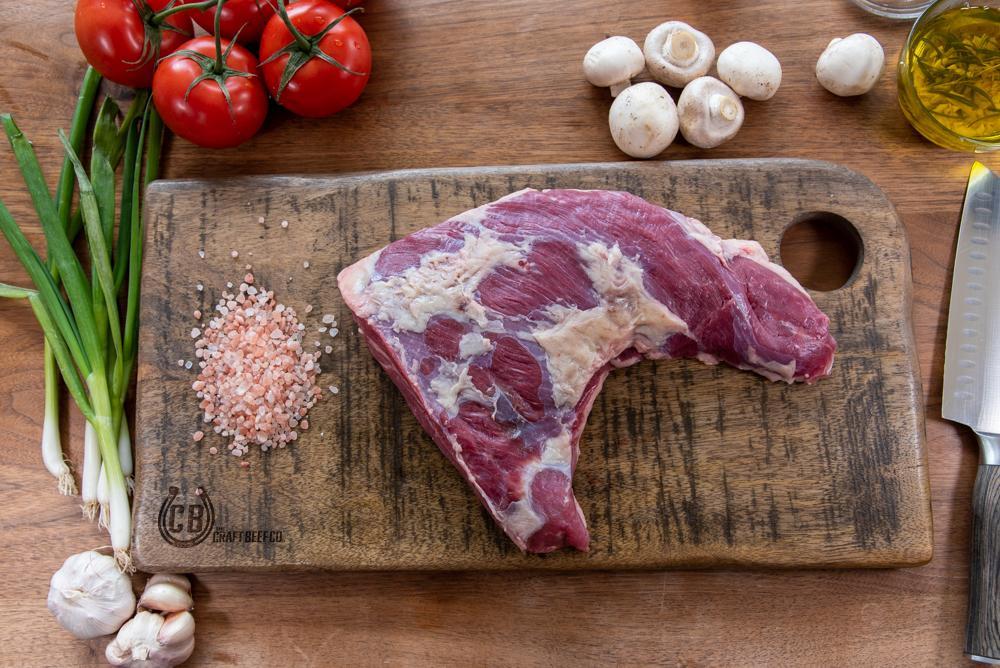 Rump steak is often served in pubs because of its big size and low cost.  It is cut from the rear end of the cow and it is a cross section of 3 different muscles each with a varying degree of tenderness. You will also notice membrane or fat that runs between the 3 different muscles, so eating this steak can be a challenge from one end to the other. Definitely a cut of beef that is full of flavour, just not as highly sought after as some of the cuts previously listed. 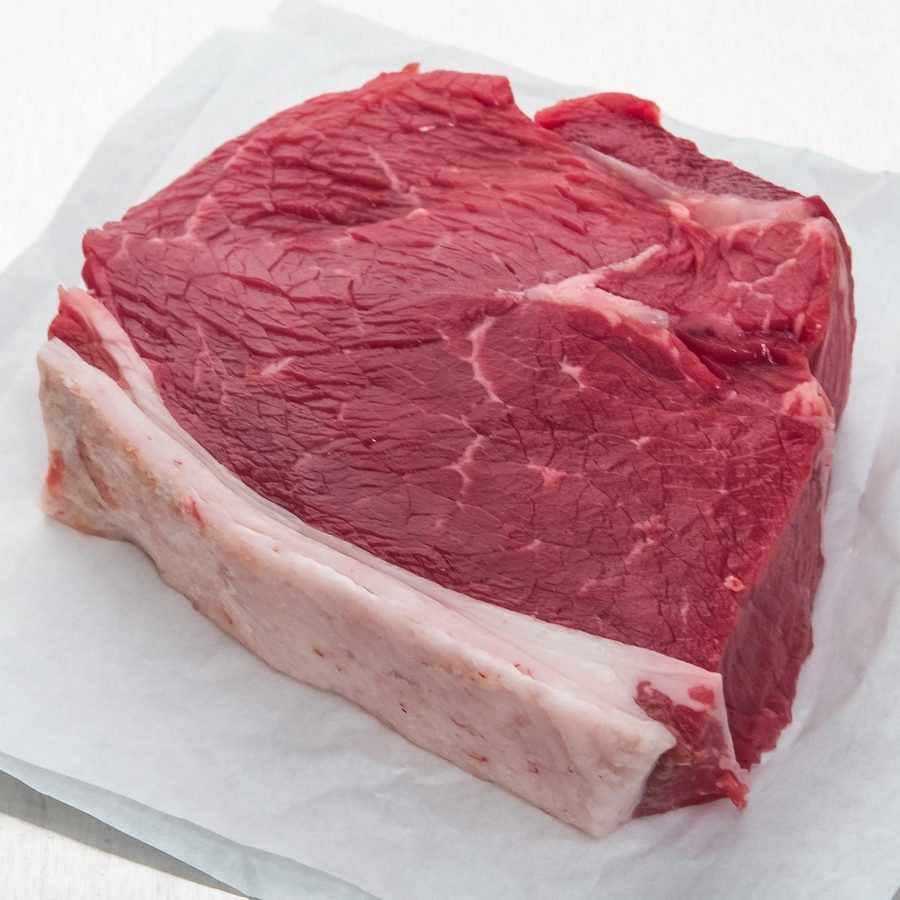 The flat iron steak for many years was just part of the chuck or beef shoulder and was often just ground up into ground beef (chuck makes the bets burgers), but over the last couple of years butchers have started to realize that they can extract this steak from the part of the shoulder called the “oyster blade”.  It is well marbled for a cut of beef that was never before considered a steak before. 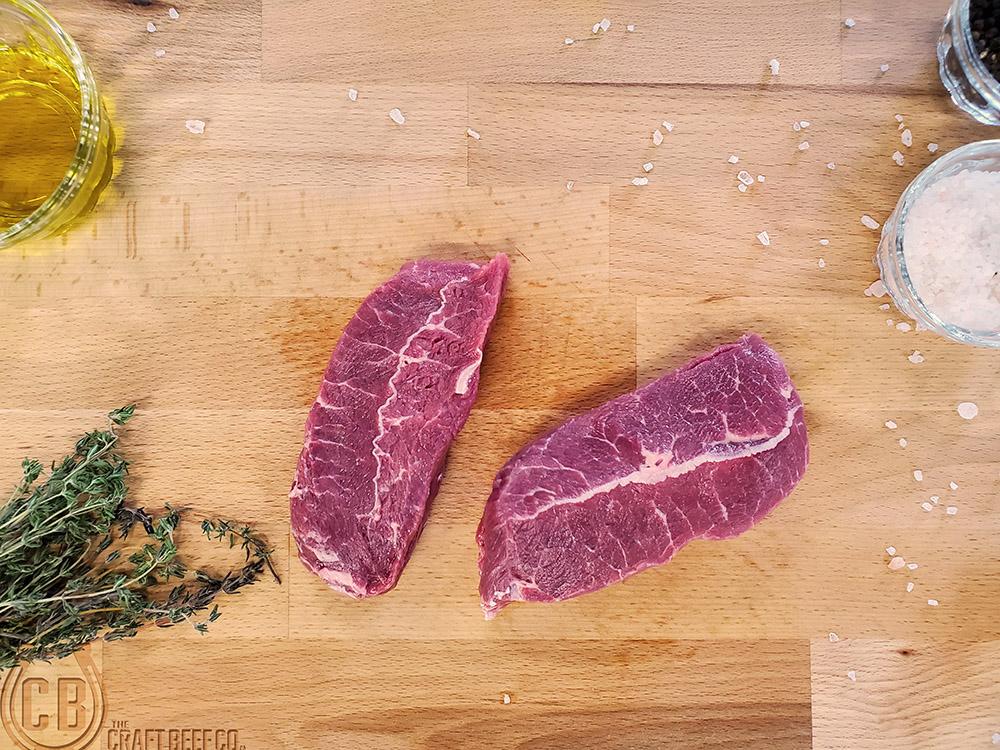 Sustainable. Ethical. Better Beef Delivered. You want to know where your food comes from.

You also want peace of mind that it has been ethically raised. You enjoy eating beef but are equally as concerned for animal welfare and the natural world around you. We hear you and we get it! And most importantly, we’ve listened!