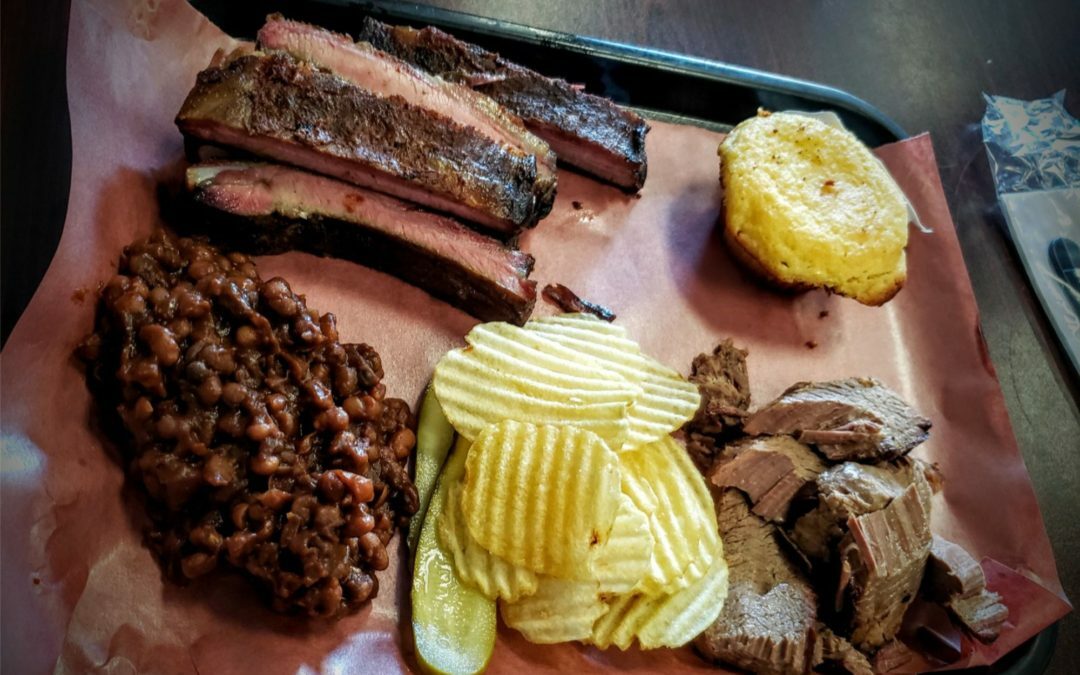 That BBQ place has been in Sherwood Park for a few years, but I embarrassingly had not tried it, maybe because I like making my own barbecue so much.  However recently I decided I should at least see what is happening in my own back yard.  After all, if I am going to be teaching people how to make world class BBQ at home, I should have a good understanding about what kind of barbecue is available at the local BBQ joint.

That BBQ place smokes all of their meat using 2 smokers that both burn exclusively applewood, so you’re not going to get a tonne of smoke flavour on your brisket, you will get a solid wood fired flavour nonetheless.

That BBQ place serves 4 different meats: Brisket, Pulled Pork, Turkey Breast and Ribs.  I tried the brisket and the ribs. The brisket was OK, but the ribs were some of the best ribs I’ve had at a local BBQ place.  Not only was the portion HUGE (I got 5 rib bones as part of my 2-meat platter), but they were also not over cooked and perfectly seasoned. I would get the ribs again.

For sides, I got the cornbread, which was delicious, especially when hit with a little bit of butter.  The pit beans for me were a pass, the beans themselves were a little crunchy.  A nice surprise for me was all the platters are also served with some potato ships and pickle.

All the sauces at That BBQ Place are served on the side.  They have 3 house made BBQ sauces; my favorite was the sweet sauce, but they were all quite good.

Overall, I would say that my trip to That BBQ Place was a huge success.  I was stuffed full of delicious BBQ and I did not have to cook any of it myself. 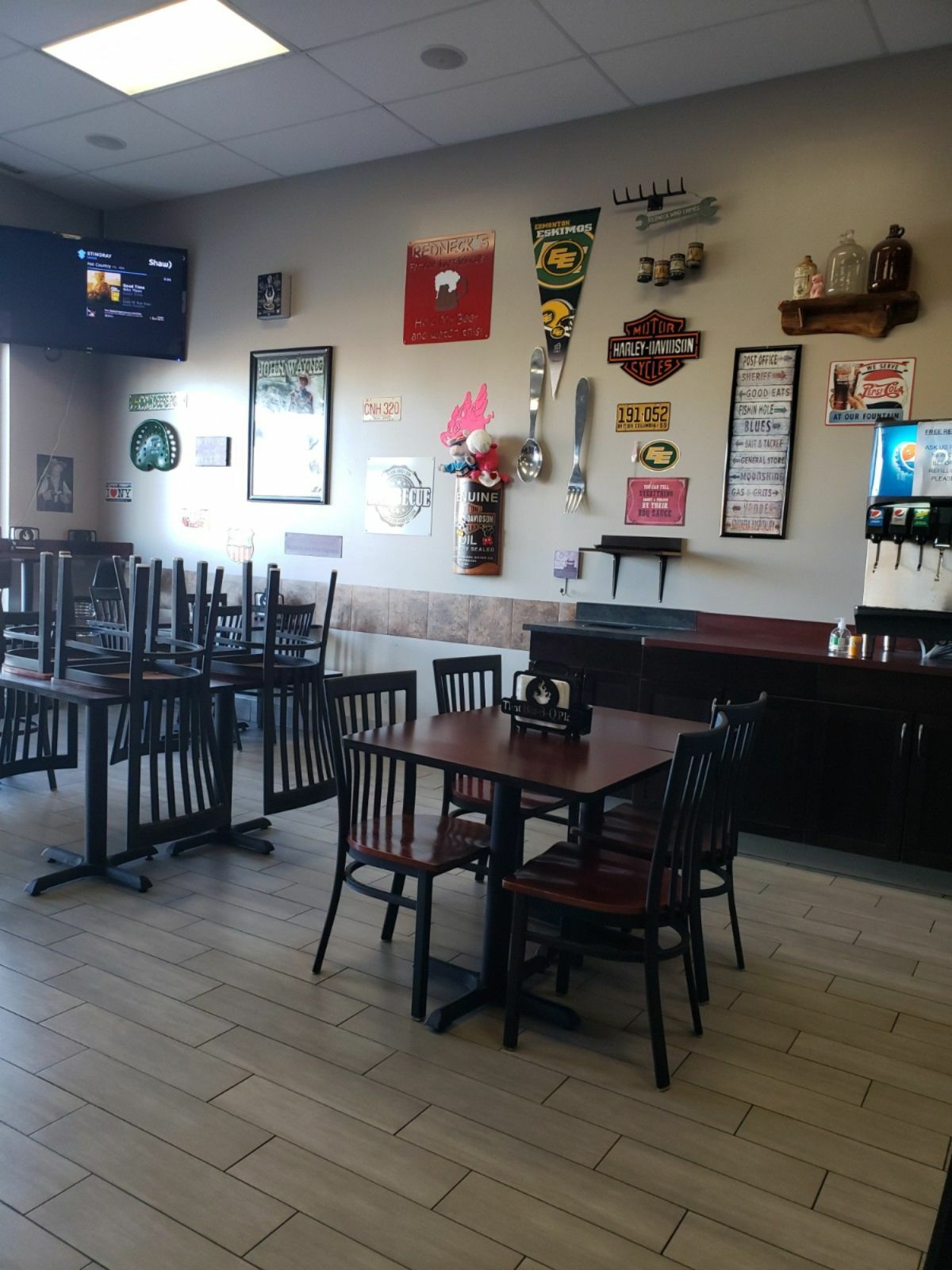 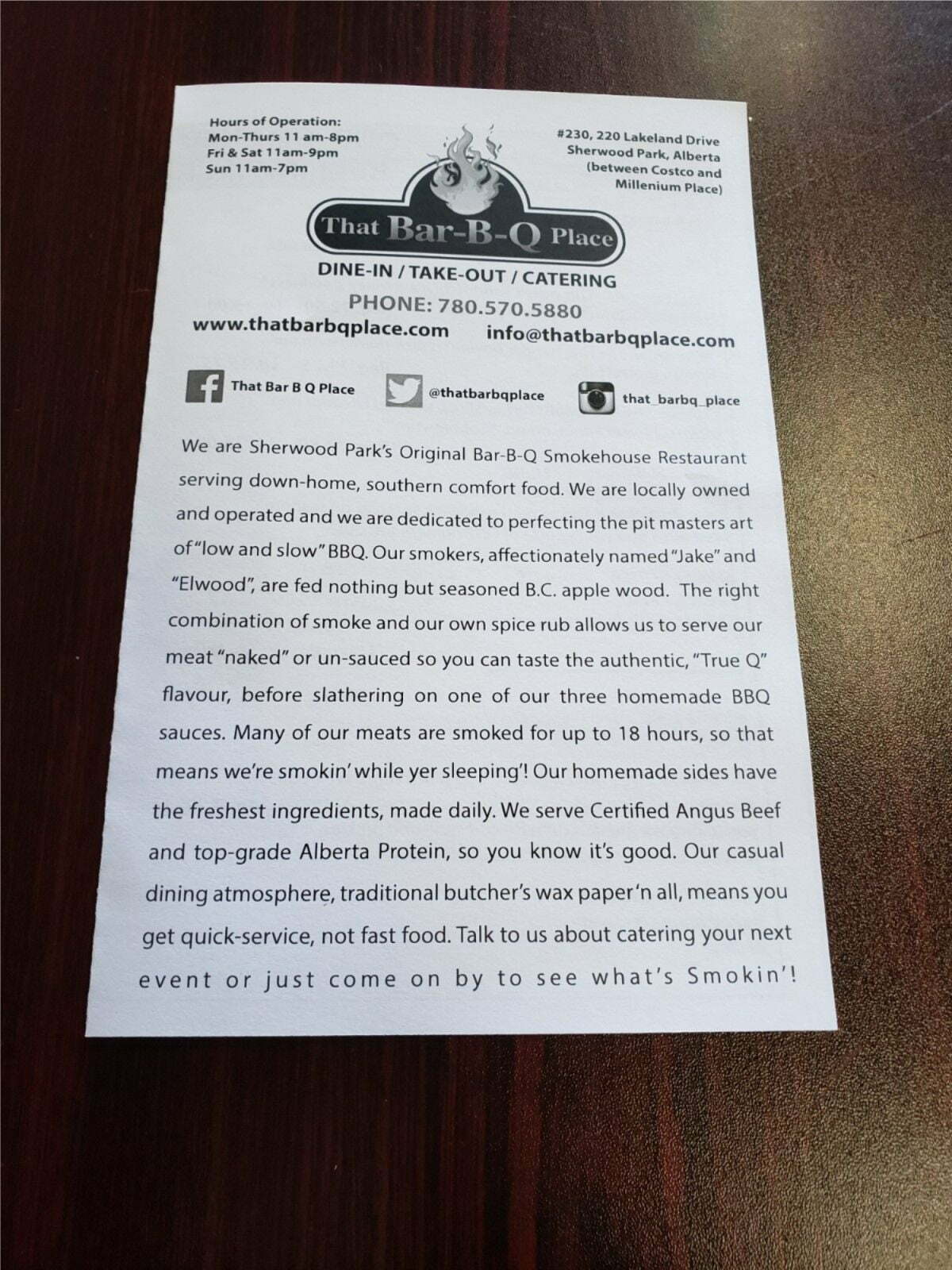