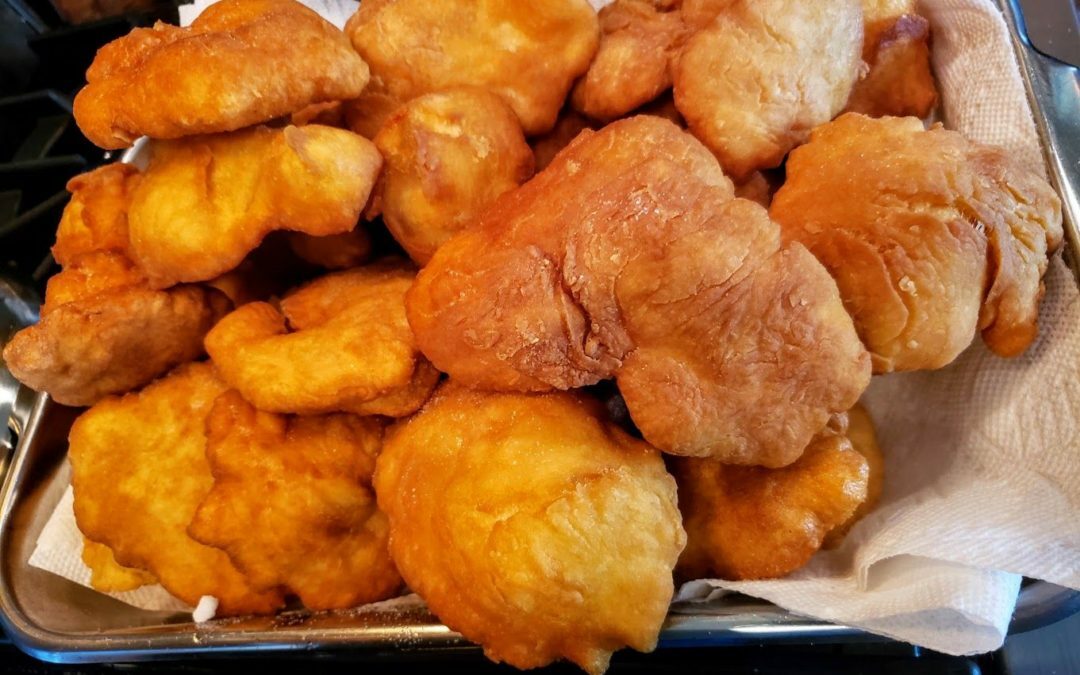 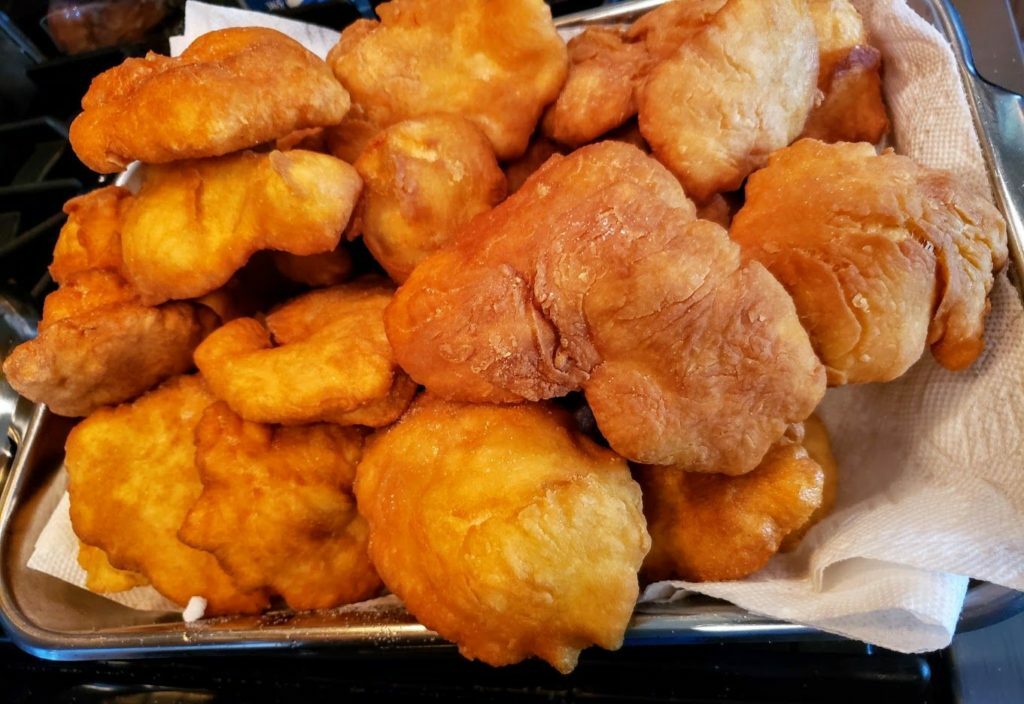 When I was a child, we learned how to make Bannock in school. I do not remember making the dough, I just remember wrapping it around a stick and roasting it over a fire. I vividly remember really enjoying the process of learning how to make food. The simplicity of bannock is amazing because it can be made from scratch in just a few minutes and the cooking process is so simple that even small children can do it over a campfire. Fried bannock is even more delicious, but for obvious reasons I see why we didn’t learn that one in school.
Prep Time: 10 minutes
Cook Time: 10 minutes
Course: Appetizer, Side Dish
Cuisine: Baking
Keyword: Fast, Fun
Difficulty: Easy
Servings: 6 people
Author: Russell Bird

Cooking the bannock over open fire

Where does bannock come from?

Bannock in Western Canada is traditionally a food made by the Metis and Natives of the west. It was brought to Canada by Scottish explorer and because of its simplicity and hearty nature it was quickly adopted by explorers and as such, regional variants of this type of bread can be found across Canada.

Bannock can be made by substituting gluten free flour with wheat flour. Often, gluten free diets can be a real struggle because good bread can be hard to find. However unleavened breads like bannock are often considered the most like their gluten counterparts because they do not rise anyways.

When I make bannock for my kids, I make sure to keep around some cinnamon and sugar to mix in to make it more like a dessert treat. Cinnamon sugar bannock is a fantastic treat for kids. I also find that kids love to be involved in mixing the ingredients, cooking the bannock and they will definitely help eat it after it’s done!
Tried this recipe?Let us know how it was!