When I think of Philadelphia, I think of 2 things: The Eagles and Philly Cheesesteak. The Fresh Prince barely rings a bell compared to those 2 Philly icons. Here, we are not going to teach you about football, we are going to teach you how to nail the best sandwich in the world, the Philly Cheesesteak. I made this for the staff at You Need a BBQ for lunch last week, and they loved every bite of it. I made mine with sirloin, but you could use any cut of steak to make this work. 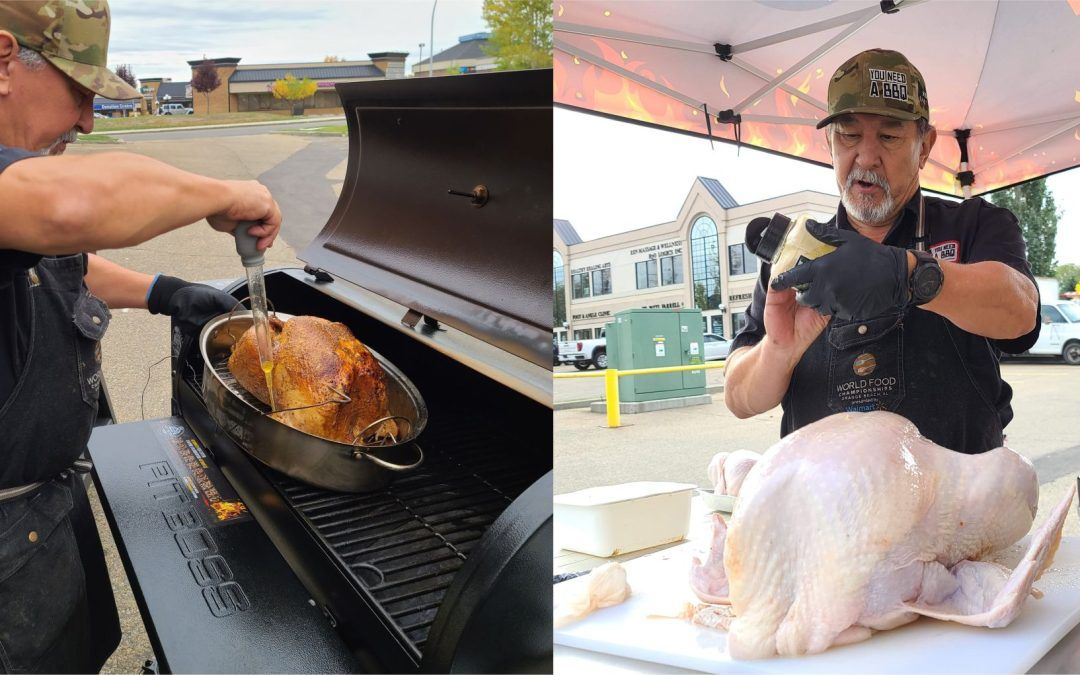 Smoked Sweet & Savoury Turkey Turkey dinner is one of the oldest North American Traditions. It’s often eaten by gathered families at Thanksgiving, Christmas, Easter and more. Its popular because it’s easy to prepare, delicious and inexpensive. This bird can weigh... 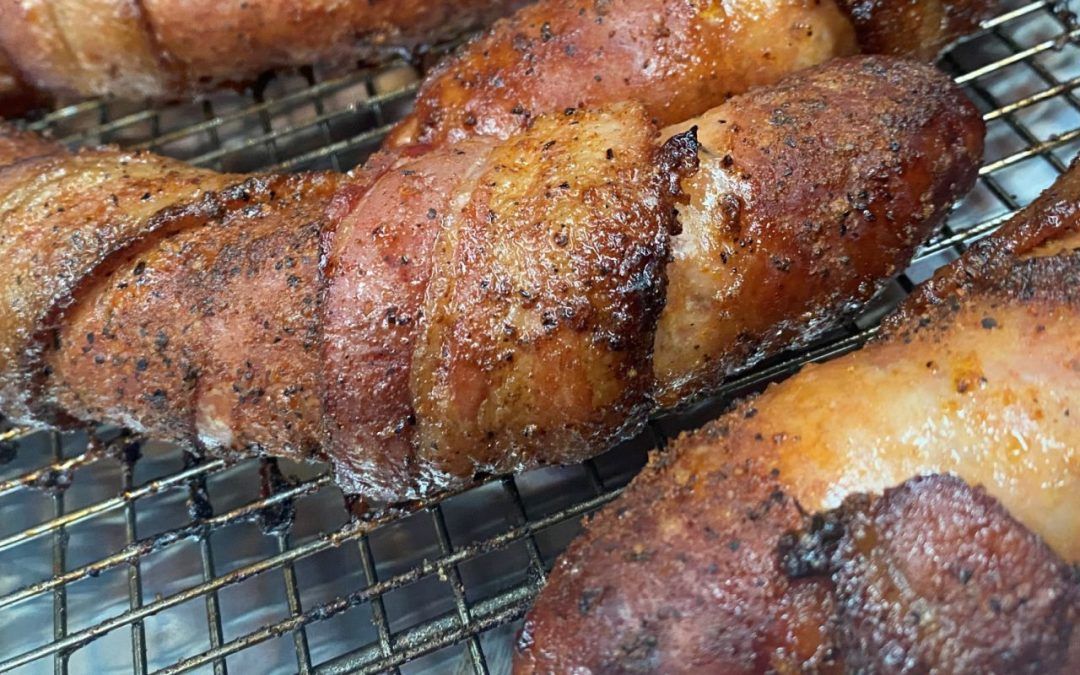 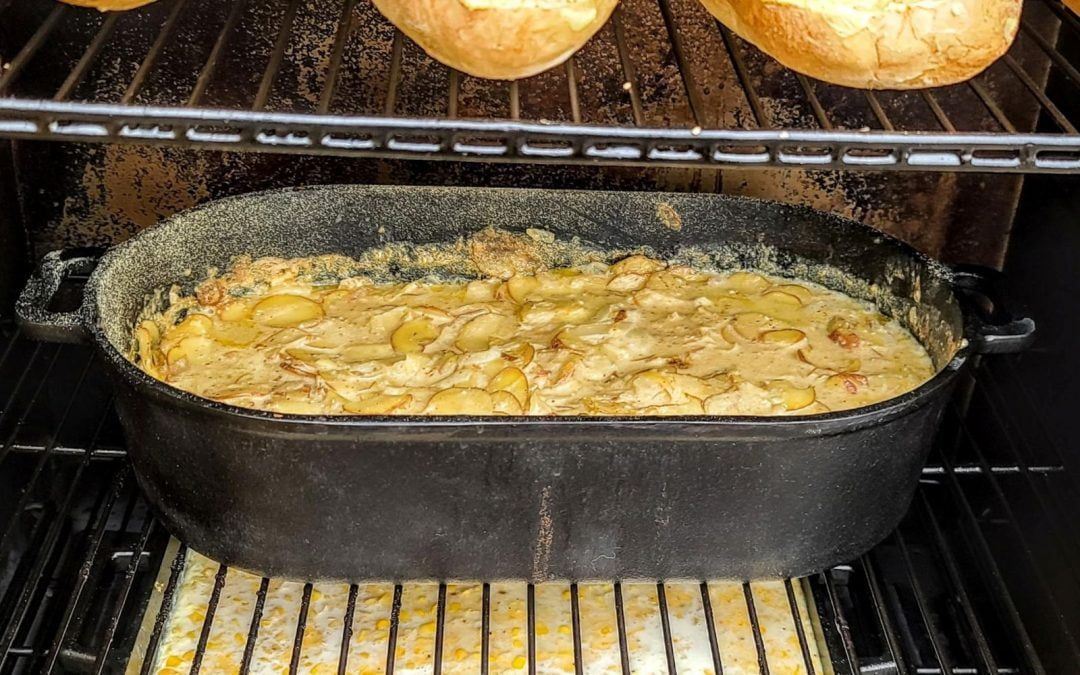 Potatoes Gratin is a very similar dish to Scalloped potatoes, which was one of my favorite dishes growing up. Potatoes Gratin is usually a richer dish with more flavor and more cheese than scalloped potatoes, so get your tastebuds ready because this dish will knock your socks off. A very popular dish for pairing with roast beef, Turkey or ham dinners, this dish is great because it goes a long ways and potatoes are inexpensive. This dish is also called Potatoes Dauphinoise because they originate in Dauphine France in the late 1700’s. So, when your guests ask you what’s for dinner, just let them know that you are making them a classical French dish with black truffle, and they will be very impressed. 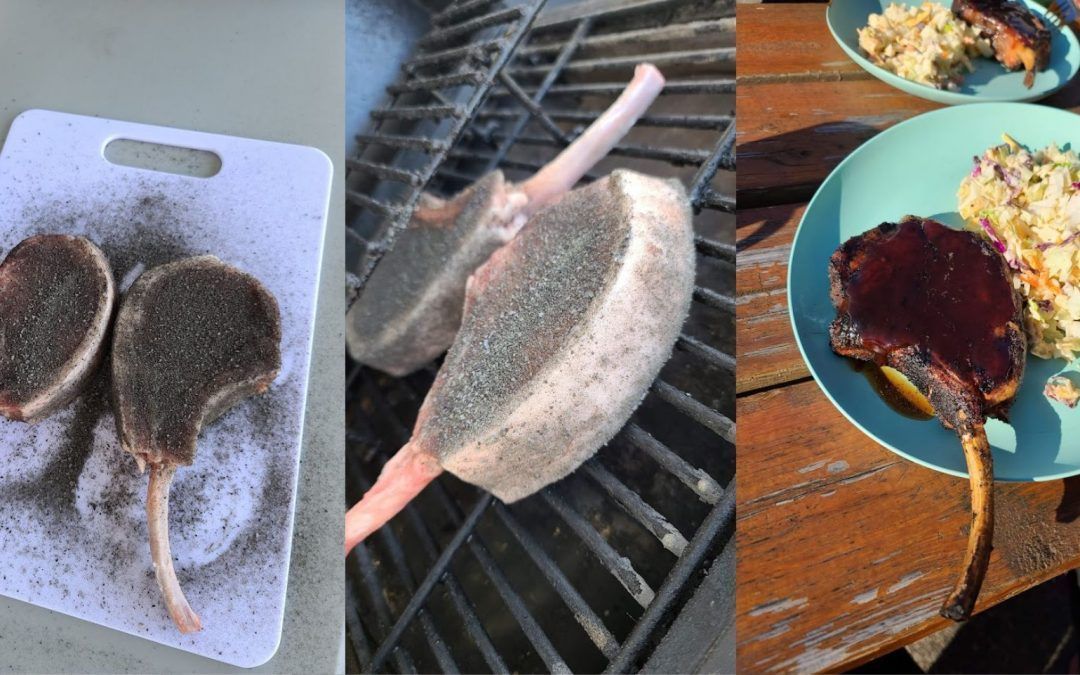 Meat on a stick is my favorite carnival food. Consequently, it’s also my favorite way to eat meat in general, off the bone. I love steaks, chops, chicken on the bone. So, it’s no surprise that when I saw some Tomahawk Pork Chops at the grocery store, I had to have them in my life. This style of preparation is usually done with bone in rib steaks, but in this instance, I was very excited to give it a go. It’s basically a bone in loin chop with the side rib meat completely removed (probably for bacon). The bone is then cleaned and left in place, so that once the chop is done you have a nice little handle to eat it with. 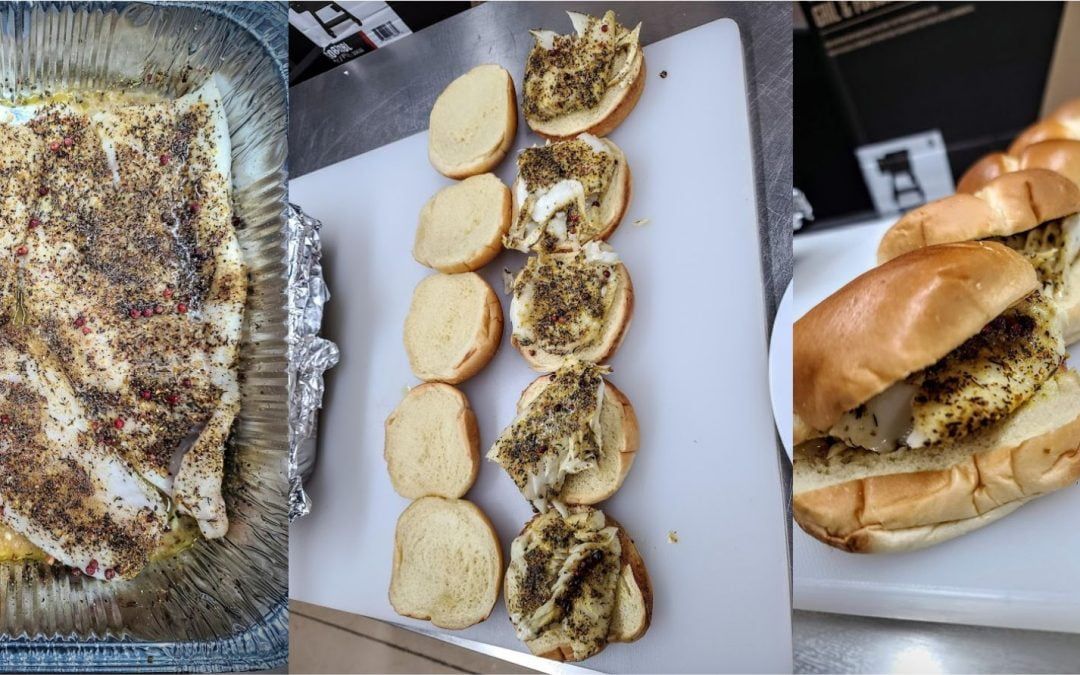 We keep getting asked in the shop to bring in Salt Free seasonings and we were hesitant because salt tastes so good! However based on the volume of requests, we decided to give it a try on a couple of seasonings that sound great despite not having salt. The Pink Peppercorn Lemon Thyme seasoning from Spiceology was the first one to get a real test run. I decided to make Cod Sandwiches for the staff and they did not disappoint. I seasoned the fish quite liberally with the Peppercorn seasoning and a little bit of duck fat, took it up to 145 internal and then assembled the sandwiches. 100% will have again, these sandwiches were creamy, moist, rich and flakey.