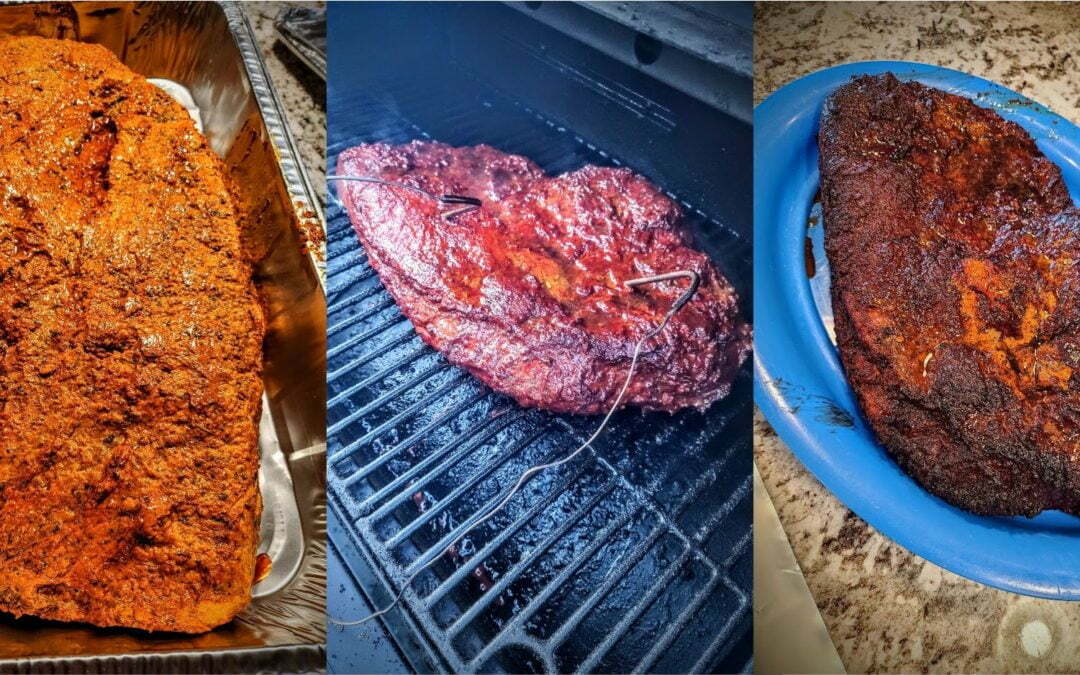 I was asked to help my favorite local Indian restaurant to finalize a recipe for Smoked Tandoori Brisket.  I thought it would be a fun experiment, so I agreed.  I dropped off a brisket at the restaurant and they marinated it in a secret mixture of tandoori seasonings for 3 days.  After that I picked it up and smoked it over charcoal pellets for nearly 10 hours.  What we were left with was an amazingly rich and spicy brisket that was oh so flavorful and melt in your mouth.  The tik Tok got over 30,000 views in the first day.  The things I learned in the comments section of Tik Tok.  Hindu’s do not eat beef but lots of other Indians (Sikh, Punjabi, Muslim, Christians) do in fact eat beef (sometimes).  I should not call it “East Indian” cuisine because there is only 1 India, it is just called “Indian cuisine”. I apparently also need to work on my Canadian accent version of how you pronounce “Tandoori”.
Prep Time: 3 days
Cook Time: 10 hours
Course: Main Course
Cuisine: Beef, Indian
Difficulty: Medium
Servings: 10
Author: Russell Bird

Tried this recipe?Let us know how it was!