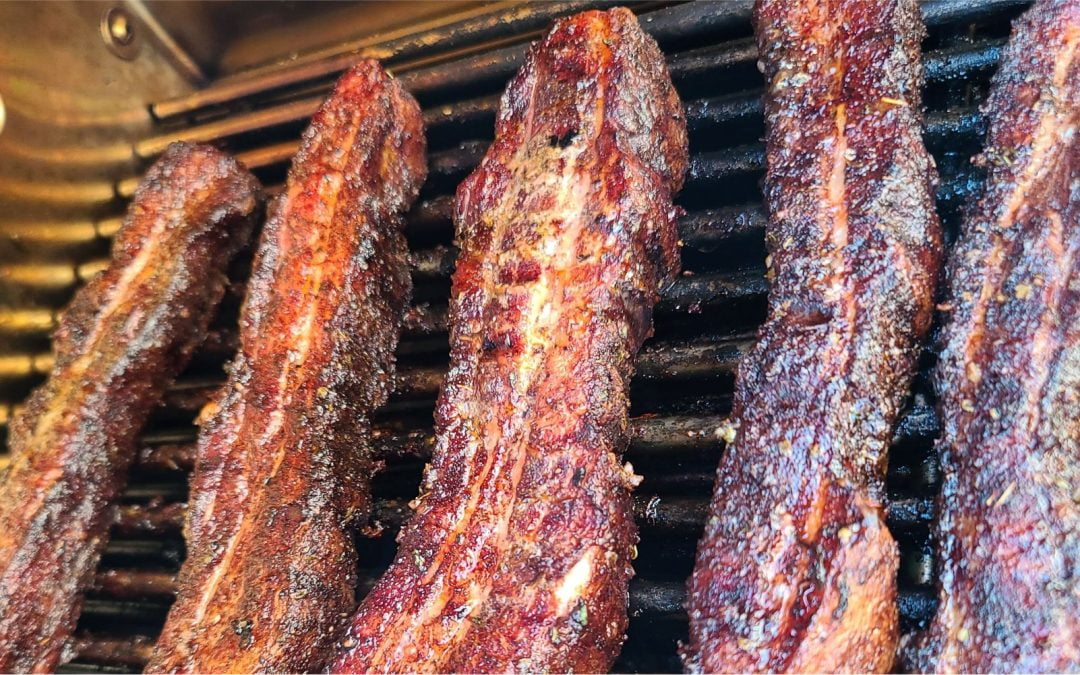 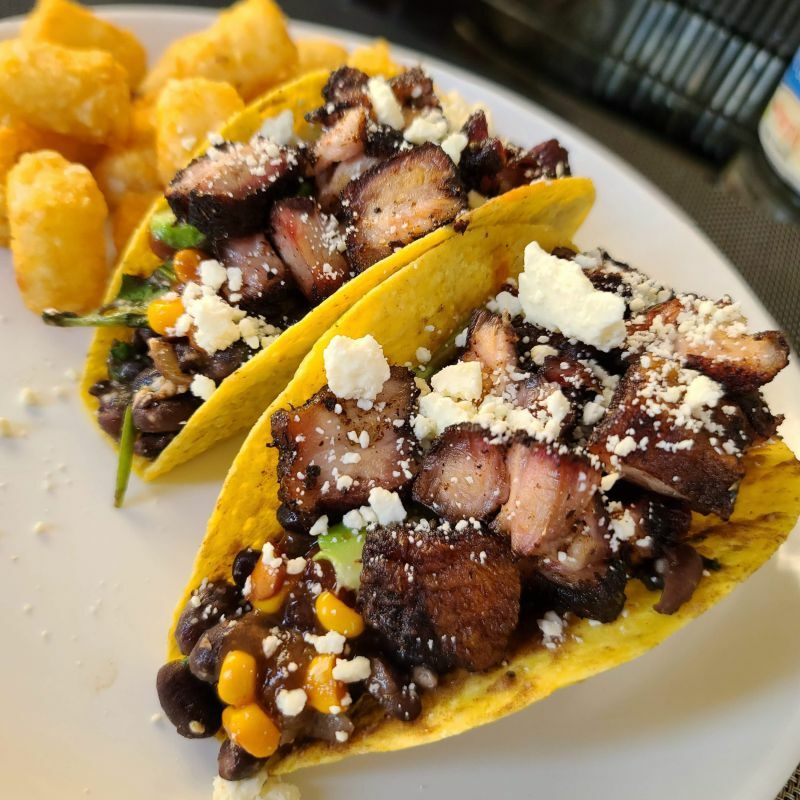 Pork Mole is one of my favorite dishes whenever I travel to Mexico. Mole is traditionally a complex chili and chocolate sauce that is very traditional for south of the border. I had to learn to perfect Mole sauce when I was competing in the world food championships and had to use chocolate as one of my recipes down in Alabama. The main difference between a traditional Mole and this one is that we are using a chocolate dry rub from Yonedas, while most Mole’s are done with a chocolate Mole sauce that is added at the end. This Chocolate rub is a combination of Yonedas seasoning and Jacek chocolate. Jacek is a very popular local Chocolatier and Yonedas is our locally made seasoning, when you put the two of them together you get a culinary masterpiece unlike anything the world has ever seen before. The ancho chipotle and savory notes of the Yonedas pair perfectly with the decadent power nature of the Jacek Cocoa.
Prep Time: 5 minutes
Cook Time: 3 hours
Course: Lunch, Main Course
Cuisine: Mexican
Keyword: Different, Impressive
Difficulty: Easy
Servings: 4 people
Author: Russell Bird

You said pork belly with the skin removed, what if I can only find skin on pork belly?

Skin on pork belly is a very common way to get this cut of meat, but for the purposes of this recipe, we don’t really want the skin. You are in luck though; you can cut the skin off of the pork belly and turn it into crackling! Just dry it out in your fridge for 24-48 hours and then cook it separately.

Can this recipe be made with other cuts of pork?

Yes, you could make this recipe featuring pork shoulder, pork butt, pork picnic, pork steaks or one of the other fatty cuts of meat off a pig. If you want to recreate it using a cut like tenderloin or loin, I recommend shortening the cooking period quite a lot and serving it with an internal temperature of 145 degrees instead of cooking it for 3 hours.

You said you made this with tacos, can you tell me about that?

I love Tacos so much. For me they rank right below pizza and hamburgers and right above hot dogs and smokies on the scale of handheld foods. When I made these tacos, I used another recipe which is also featured on our website for Jalapeno black beans, combined the 2 together in delicious hard taco shells. You’ve probably never seen my kids so happy with a dinner I made.
Tried this recipe?Let us know how it was!