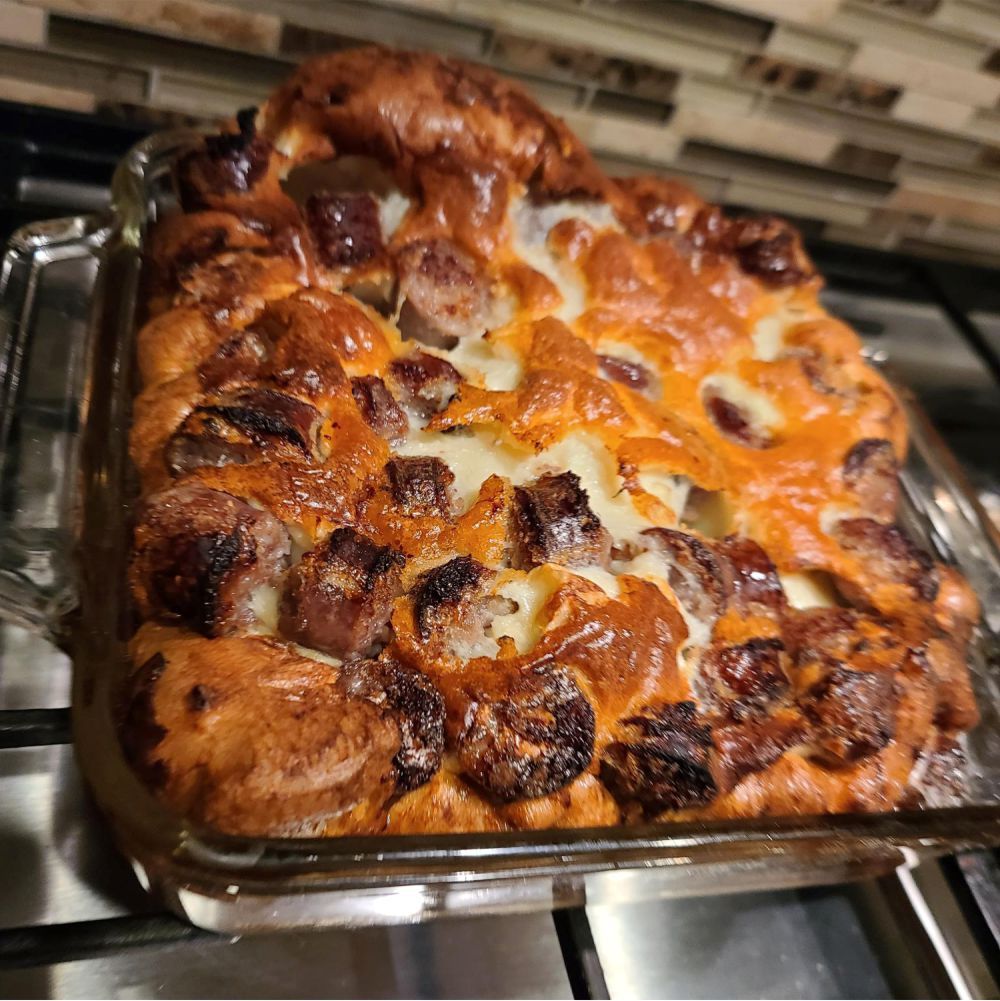 Yorkshire pudding is an incredible side when served with roast beef, but did you know that if you stuff it with sausage and smother it in gravy that it’s a meal in itself! In England they sometimes call this recipe Toad in a Hole. I have seen mini versions of this recipe; muffin tin sized ones and I have seen it where you leave the sausages whole. We are doing a large version where you cut the sausages up into bite sized portions, because it’s easier to serve to my children that way. If you want to try one of the other ways mentioned here, it would only be small changes, let us know how it turns out!
Prep Time: 15 minutes
Cook Time: 40 minutes
Course: Appetizer, Main Course, Side Dish
Cuisine: Baking, Pork
Keyword: Different, Savoury
Difficulty: Medium
Servings: 4 people
Author: Russell Bird

Prep by cooking the sausages

What is the best sausage flavor to use for this recipe?

I used mild Italian sausages for this recipe, but there are lots of styles of sausage that would be great. I plan to remake this recipe using the sausage that won Edmonton’s sausage of the year in 2021, the Bratwurst from Darcy’s Meats. This recipe would also be good with Chorizo, Andouille, or Spicy Italian, if you are feeling adventurous you could even try this recipe with breakfast sausage.

Where can I buy Yonedas Seasonings?

If you check out www.yonedas.com they are expanding their sales across Canada and hopefully to break into the USA soon. You can also buy it on our website, where we ship seasoning orders over $150 for free Canada wide.

What else is this recipe called?

In England this recipe is called Toad in a Hole. Throughout this recipe we keep calling the batter portion of it Yorkshire pudding, but in America it would be referred to as a popover. No matter what you call it though, we call it delicious.
Tried this recipe?Let us know how it was!