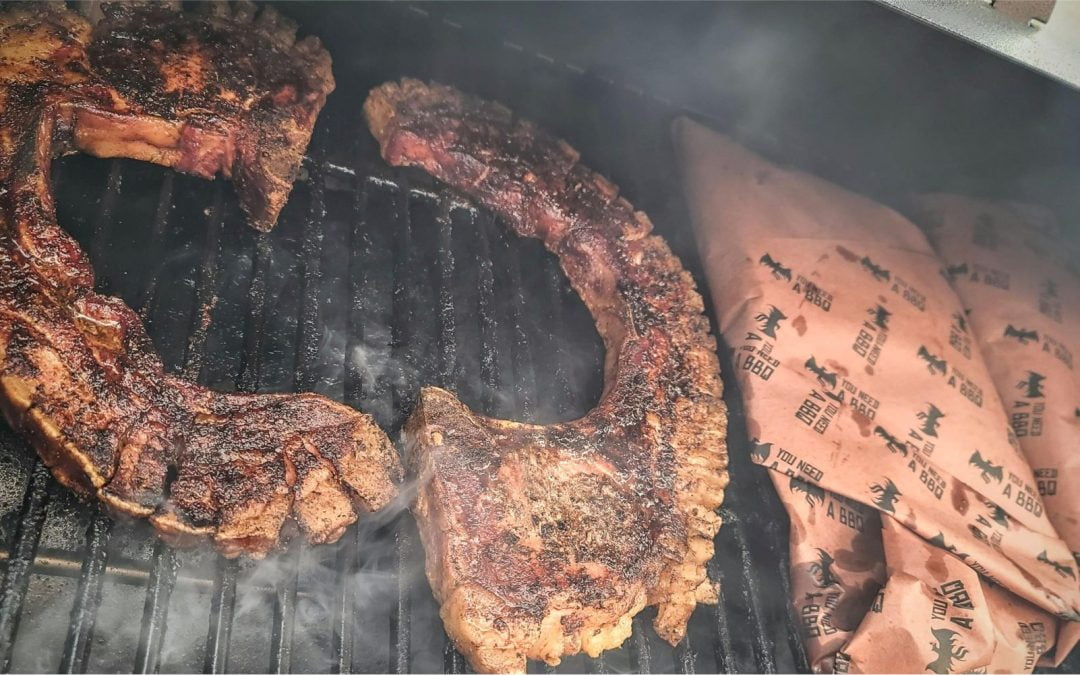 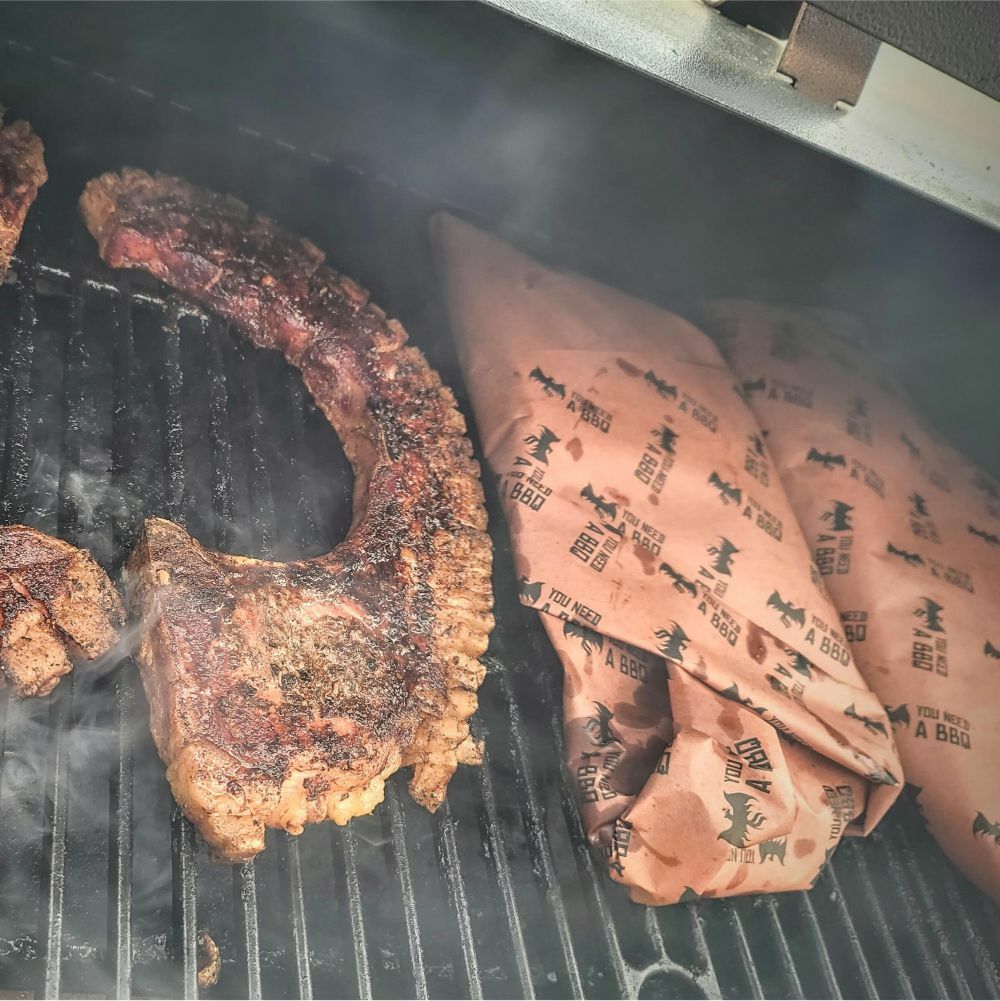 I have had a pork rib cross section with belly attached picture saved on my phone for almost 2 years. I saw it on Instagram and dreamed of one day having a butcher cut it for me. It’s a cut that contains a pork loin chop, a back rib, a side rib and the belly of the pig including the skin. This thing looks like it could feed an army, but I can confirm it comfortably feeds 2 people. I had a butcher friend of mine cut me one last summer and it was great, but now I see you can buy them pre-trimmed from Freson brothers grocery stores. I’ve googled this recipe to make sure I perfected it and lots of people are calling this cut a pork tomahawk or a Kan Kan Pork Chop. Fresons however calls it a a Pork Saddleback Chop because of its resemblance to a saddle. When I cooked this recipe, I tried to cook it 2 different ways… one way was way better than the other, so here we will go over the better of the 2 ways.
Prep Time: 1 day
Cook Time: 2 hours
Course: Main Course
Cuisine: Pork
Keyword: Impressive, Pork Belly
Difficulty: Medium
Servings: 4 people
Author: Russell Bird

What else is this cut of pork called?

The heritage cut pork saddleback is also referred to as a Pork Tomahawk, Pork Cross Section, Pork Cross, Pork Loin Chop with Belly Attached, Kan Kan Pork Chop, Can Can Pork Chop, or Mohawk Pork Chop. But no matter what you call it, I call it delicious!

If The belly is fully cooked, won’t the chop be over cooked?

I usually eat my pork chops medium rare, so yes, the pork chop in this recipe will be more well done than medium rare, but because of the high fat content and slow cooking, you should not worry about drying out the chop portion of the meat. It will be well insulated by having the fat and skin on the chop.

Where is the best place to buy Kan Kan pork chops?

Freson Bros grocery stores, who have 16 locations across western Canada including many in the Edmonton area carry this as a stock item in all of their butcher shops starting this year. However I will also note that any butcher who brings in whole animals could cut you this specially for you if you give them enough notice.
Tried this recipe?Let us know how it was!