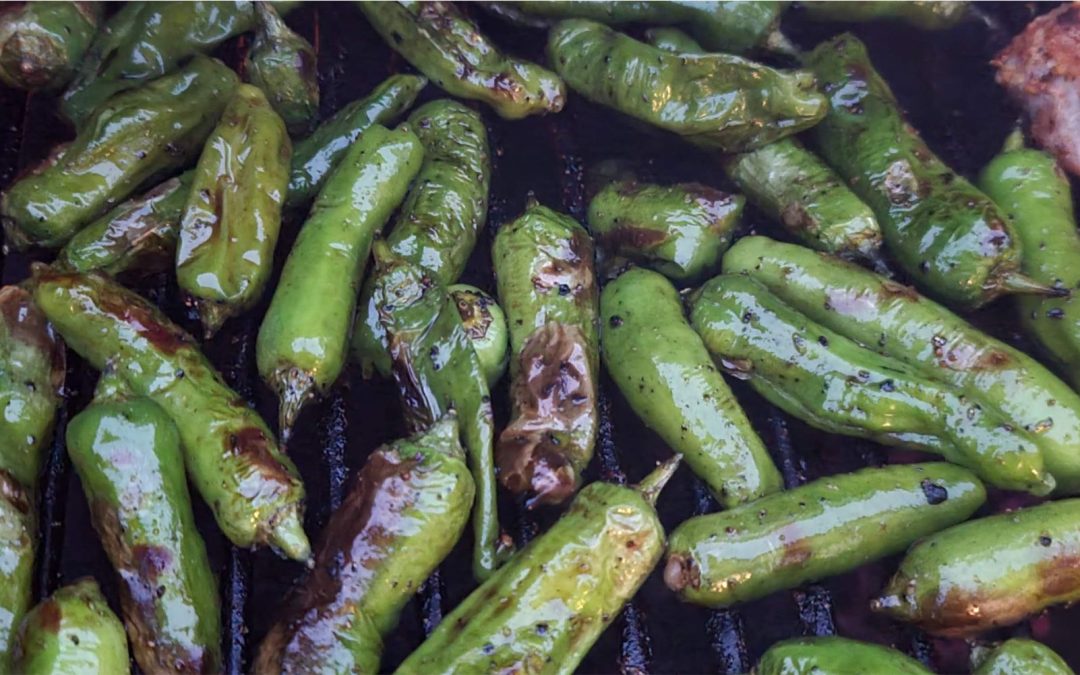 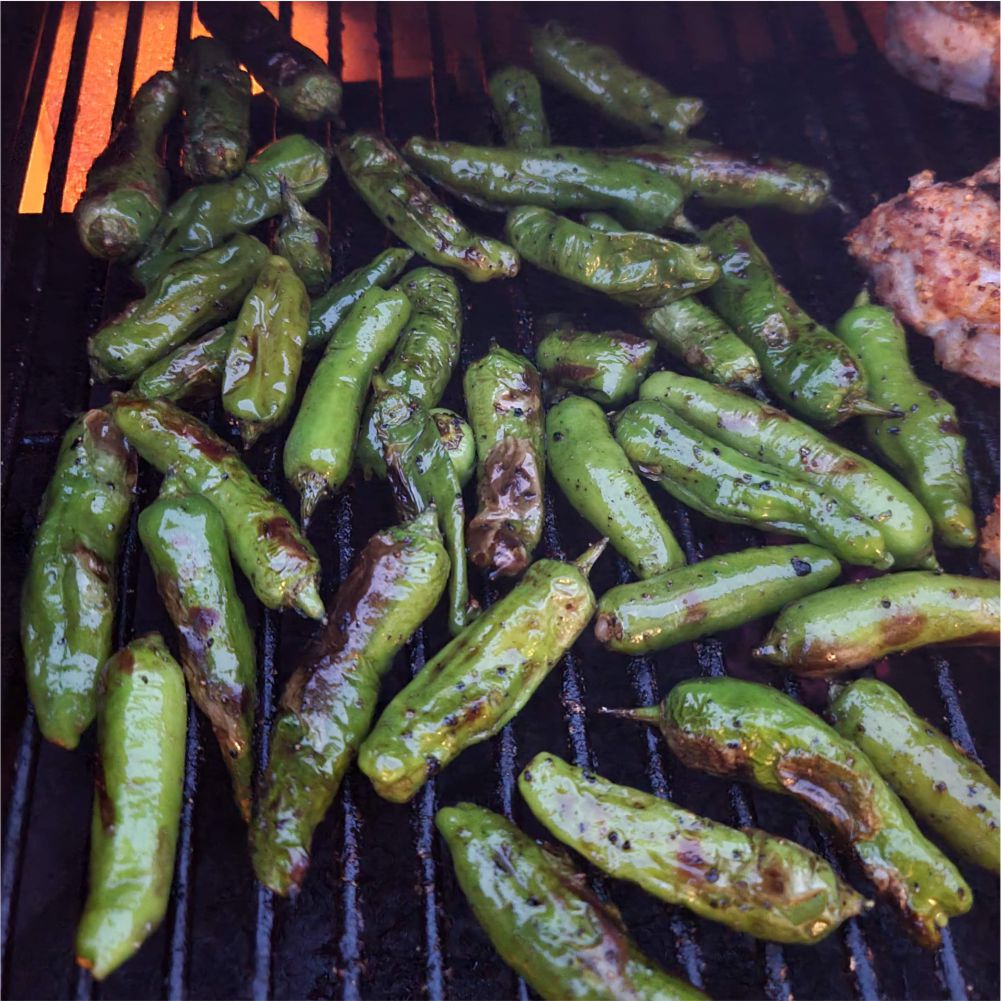 I was down in Las Vegas on vacation, and it seemed like every fine dining restaurant had Shishito peppers on the menu. I had never had a shishito pepper before, but I thought I saw Bobby Flay cook them a couple of times on Beat Bobby Flay, so they must be good right? Well needless to say, I had to give them a try. So, while dining at Momofuku we ordered the Shishito peppers dressed with smoked Maldon salt and lime. They were a nice little spicy treat. Not knowing what to expect, they kind of look like a mix between a jalapeno pepper and a poblano pepper, so without knowing, most people would assume they are spicy, but they aren’t! Well serendipity set in when I was walking the aisles of my local grocery store in Edmonton and I came across a bag of Shishito peppers, so I had to buy them and give them a try. I bought them intending to blister and smoke them with some flaky salt and the recipe you are about to read is the results of that. Get your taste buds ready because we are going on a peppery adventure!
Prep Time: 5 minutes
Cook Time: 7 minutes
Course: Side Dish
Cuisine: Asian, Veggies
Keyword: Different, Spicy
Difficulty: Easy
Servings: 4 people
Author: Russell Bird

How to Serve Shishito Peppers

Don’t be afraid to re-season

How Spicy are Shishito Peppers?

What if I can’t find Shishito Peppers

This recipe can be made with just about any peppers. If you are really afraid of heat, then you can use sliced bell peppers as a comparable texture and flavor. If you want a little more spice, then you could consider using poblano peppers, jalapeno peppers, Pimento or Cherry Peppers, Italian Pepperoncini, Banana Peppers, or anything other pepper you find at the market.

Can you eat under cooked Shishito peppers?

You can eat Shishito Peppers raw, and they are sweet and delicious. Blistering the outside of the pepper helps to accentuate the sweet flavor of the pepper. Making sure not to over cook the Shishito peppers is important because if you over blister the outside then it can make the peppers taste slightly bitter.
Tried this recipe?Let us know how it was!